American Nightmare and Ceremony perform March 6, 2020 at the Fillmore in San Francisco, California 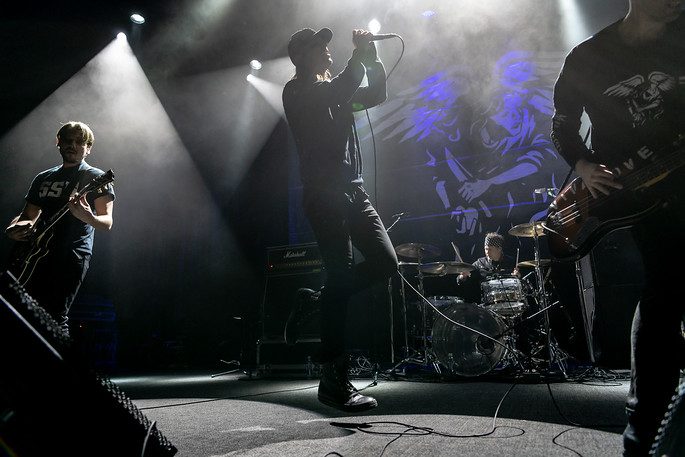 American Nightmare is on the road celebrating the 20th anniversary of being a band, hitting 14 cities across the US from East to West including a Friday stop at San Francisco’s historic Fillmore Auditorium.

Speaking of anniversaries, this particular evening happened to coincide with the 15th anniversary of openers Ceremony’s first show ever, which took place 50 miles up the road in Rohnert Park.

With a set that spanned their hardcore origins to their latest, new wavy “In the Spirit World Now” material (and yes, there was a keytar), Ceremony demonstrated what keeps their fans coming back. Waiting patiently through some intro poetry by Ross Farrar and “Presaging the End,” the crowd took Farrar’s queue whenever he hopped off the stage to proceed to thoroughly rage through hardcore classics like “Open Head” and “Sick.” While their evolution continues, Ceremony continues to amaze.

While the attendance was noticeably light compared to their March, 2018 rager at 924 Gilman Street, no doubt due to nervousness over the COVID-19 virus, those that did show up were treated to what would amount to be an epic evening.

Keeping things quick and to the point, American Nightmare took the stage at slightly past 10 pm and ttore though a whopping 22 songs at record pace and wrapping the encore before the clock struck 11.

Clearly those that did make it out left their fears of the corona virus at the door, more than happy to take advantage of the extra space on the general admission floor for some dancing. And every time frontman Wesley Eisold hopped off the stage onto that annoying barricade, a mob converged in front of him to lend some vocals.

A brief break saw the band walk off the stage before turning right around and coming up to end the evening with an encore punctuated by Eisold taking to the barricade one last time for “Farewell.”