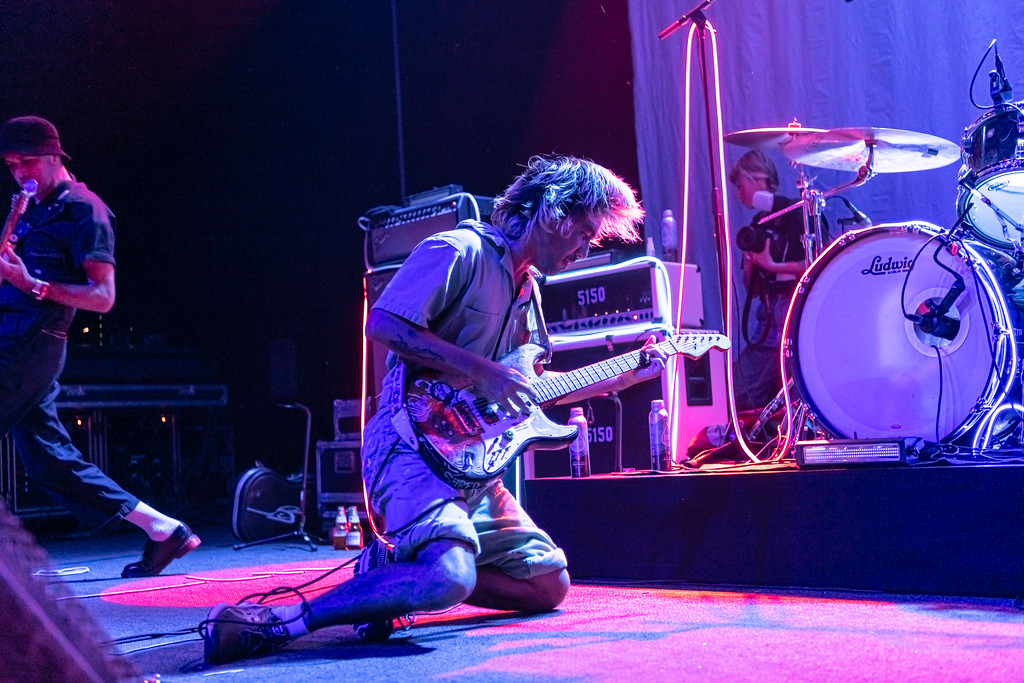 Wondering what FIDLAR has been up to? Save for their recent spate of shows it’s been nearly three years since they’ve played live which is honestly a bit mind-boggling for a band that maintained a relentless touring schedule up until that point. Well apparently they’re back with some new tunes and are testing the water with some shows. If the San Francisco crowd is any indication, their fans are stoked to have them back!

Those that arrived early to the Fillmore we treated to an absolutely white-hot set by Liily. While it was not clear at the start of their set whether the San Francisco crowd was familiar with the band there was no doubt that they made a lasting impression … their 40 minutes of noise, tension and rage not only got the room’s attention but had the crowd dancing along. Any headliner other than FIDLAR would be rightly concerned to follow this act.

In spite of the long break from playing live, FIDLAR was clearly confident in their fans. And while the crowd cheered Zac and Brandon as they set up their own guitars before the set, things fell quickly into place for both the band and the audience as FIDLAR busted into their set opener, “Cheap Beer.” The fact that Zac felt the need to egg on the crowd was almost comical because they needed absolutely no encouragement; the packed general admission ballroom surged forward and the floor of the Fillmore literally flexed as people lost their shit.

FIDLAR’s setlist was the perfect backdrop for the mayhem that ensued. Tunes about booze, drugs, and disaffection stirred the pot much to the band’s pleasure prompting Zac to draw the observation that San Francisco was blowing away Los Angeles crowd. The ensuing chant of “f*** L.A.” was a predictable result.

Now about that extended hiatus … Zac took the opportunity mid-set to address the lack of activity. Making no mention of Elvis Kuehn’s departure from the band, he explained that they had planned on retiring but ran out of money. True or not, he did joke earlier about how he looked forward to “selling out” as a musician. “Sign me up!”

While the set didn’t last more than an hour an fifteen minutes, neither the band nor the fans took a second of that time for granted. When FIDLAR asked to clear the center of the floor for a ladies-only pit, the women were happy to oblige and in spite of the easing of the Bay Area’s heat wave, the Fillmore was hot and moist from the perpetual mosh. Welcome back FIDLAR!

© 2022 Alan Snodgrass | www.digitaldiversion.net. Please do not use without express permission.